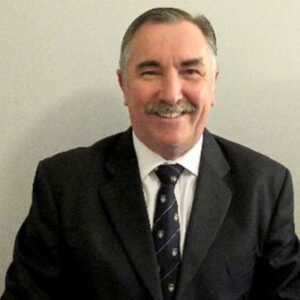 Rory moved into the private education sector after 16 years in State education – as a teacher, Deputy Head and stints as Acting Head. This after graduating from UCT with majors in Geography and Social Anthropology, followed by a Post Graduate Higher Diploma in Education and later a post graduate Education Degree in Educational Management.

He started at Bridge House in 1997, firstly as Head of College, then as Deputy Head of School and Academic Head. During this time, he taught a range of subjects and coached cricket and hockey. Soon after the school moved to the current location, he and his family moved onto the campus and he took on an active role in managing the whole property.  As the school expanded, he became increasingly involved in the physical developments and project-managed the development of many of the facilities and the construction of infrastructure and buildings. He also became increasingly involved with policy development and statutory compliance for the school. He represented the school in numerous disciplinary hearings, represented the school at the CCMA and served as an ombudsman for disciplinary matters, for parents and pupils. He attended an international sustainability workshop and championed this cause at the school.  He was extremely fortunate to attend a number of Round Square International Conferences around the world and as a result developed an international network of education contacts.

After retiring from Bridge House in 2019, he headed up a small bilingual independent school in Citrusdal for a period of time and continues to consult for them on an ad hoc basis.

In August 2020, The Pelican Property Trust appointed Rory as Director: Land and Buildings. This is an ex-officio position on the Board. The responsibilities involve liaising with the school and overseeing all aspects of the management and development of the property, as well as documenting the years of institutional knowledge about the campus.

Rory and his family’s lives have been totally enmeshed in every aspect of Bridge House’s development. Both Rory’s sons attended Bridge House for their schooling. Rory’s wife Gill is Head of Marketing. Bridge House is part of the Malcolm family’s DNA.

Rory has a passion for the outdoors, birding and wildlife and heads for the Kgalagadi Transfrontier Park at any opportunity.