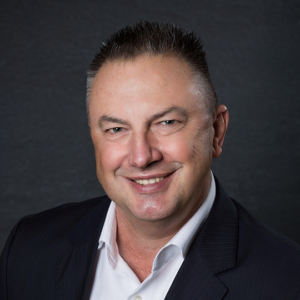 Mike is married to Sabine and they have two adult daughters both of whom went to Bridge House – Aimee for 12 years and Lisa for her last 10 years. Sabine and Mike’s nephew, Bastian Belke, also attended Bridge House for his last 3 years of school, after what was supposed to be a short exchange program from his school in Germany.

Mike has had about thirty years of cumulative experience on governing bodies at three top schools in South Africa. He has served on the board, then as chairman and more recently served as a trustee of Bridge House School for eighteen years. He was a board member of the Oprah Winfrey Leadership Academy Foundation for three years. From 2009 Mike served on the College Council of his old school, Bishops, and he was elected Chairman for a full term of seven years from 2011 to 2017. He served as the Chairman of the Bishops Trust and was a member of the Bishop Rhodes Scholarship Selection Panel for nine years

He was educated at SACS Junior School, Bishops, UCT and Harvard. He has an Honours degree in Commerce, a Masters degree in Law and is a Chartered Accountant. He completed the Oxford University Blockchain Strategy Program in 2018. He is currently the chairman of the Spur Corporation, a group with about 640 restaurants; a director of consumer brands group, AVI Limited, and he is a director of MTN South Africa. He serves as the non-executive chairman of Vinimark Holdings and was recently appointed to the board of EOH to assist with the turnaround of the group.

Previously Mike was the Group CEO of TBWA, which included South Africa’s then top-ranked creative advertising agency TBWA Hunt Lascaris and he was the chairman of SA’s largest PR firm, Magna Carta. Prior to that he served as the President and Chief Operating Officer of FCB North America, one of the largest dvertising agencies in the US at the time. He was based in New York and headed up the FCB offices in Africa, the United States and Canada. He served as an executive main board director of FCB Global, an operation then with billings of approximately $9 billion in 102 countries. Mike has also had the honour of being named as the Advertising Person of the Year in South Africa, three times between 1999 and 2006.

In his spare time Mike loves flying, playing the piano, fishing, skiing, mountaineering and anything to do with boats. He holds a US and South African Airline Pilot’s Licence and flies jets and helicopters. He qualified as a helicopter flying instructor. He was formerly a Captain in the SA Air Force with 110 Squadron flying jets. Mike has won several aviation awards including South African national colours, two team World Championship silver medals and the Gold Wings of the Aero Club of South Africa.